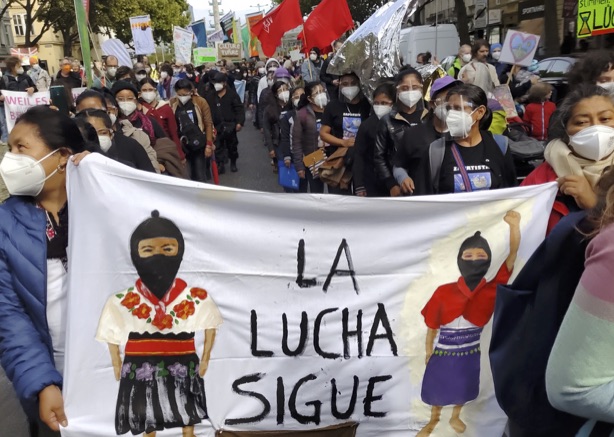 An Account of the Zapatistas’ arrival in Vienna and their first days in Europe published by Guilhotina.

The aerial delegation La Extemporánea (meaning untimely, out of time) arrived in Europe a few days after the return to Mexico of Escuadrón 421 (Squad 421). Before they split into groups to cover all territories of Europe they were invited to visit, they participated in gatherings with several movements, organizations and internationalists in the Austrian capital, as well as in various protests.